The rest of the world is starting to look for new agency partners but UK marketers are strangely reluctant to hold a pitch. Stuart Pocock, co-founder of The Observatory International, says it’s time to take off the brakes. 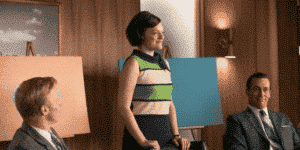 Without question, 2020 will go down as the worst new business year on record for the communications world. But as the rest of the world starts to seek out new agency partners once more, the UK is still stuck in no-pitch mode.

Evidence shows that there was a steady decline in the number of UK pitches in 2019 and Q1 2020 continued that trend – only worse.

There are a number of potential reasons for Q1’s paucity of pitches. You could argue that calling a halt to pitches while clients look to completely overhaul their roster model would explain some of the drop. It’s clear that major organisations have focused on doing just that.

Concerns and lack of clarity over ramifications to businesses over Brexit – beyond the fact that we’re out – may also be a contributing factor for the level of caution.

A more widespread desire to ‘fix rather than pitch’ among a number of businesses can also explain some of the drop.

But even with all these considerations, the general drop in activity still seems remarkable unless – which would be even more remarkable – satisfaction within client/agency relationships was at an all-time high and every partnership was delivering at an optimum level.

In Q2 Covid hit and with it a general and extreme hypoxia across the marketing and communications world.

Some brands and sectors hit the ground running in areas of high demand. Some, in the worst hit sectors, simply went off radar (quite literally in the case of the airline business) and many just panicked and kept their brands in front of us by talking about ‘unprecedented times’ and ‘being there’ for customers.

In retrospect (and for some commentators at the time) many of these efforts were perhaps not the best use of budget and time. Yes, it was perhaps an understandable knee-jerk reaction at a time when marketers simply felt that to go dark would be the worst possible thing for their businesses in the long term. Perhaps there was even the added urgency to secure share of voice (even if not directly tied to actionable outcomes) before the C-suite started axing budgets faster than they could count the savings.

These, however, are global challenges and don’t explain why the UK should behave so differently when it comes to pitching now. If we look across our own network of offices, we can see that new business pitches are happening at a volume the UK market can only wish for – The Observatory alone has 14 pitches running across Asia and Japan, and a similar number either having completed or in progress across Europe.

A glimpse through the new biz pages of the UK trade press shows the paucity of activity that’s being undertaken – with the exception of a few notable examples, such as Walkers, Three and Halifax.

Maybe Brits are less than happy awarding business to people we’ve only met through video. Maybe our procurement professionals are less likely to dictate change. Or maybe the continuing uncertainty is simply contributing to businesses holding back on new agency appointments.

The simple fact is that having the best possible agency in place when you need to maximise your comms effectiveness is essential. Many will have that but equally a significant number will be less than confident that they do.

Agencies will tell you that they are fully geared for new business opportunities. Pitch work can continue at a pace. And provided you have a rigorous, thoroughly tried and tested process in play, you will get the outcome you need. Recent account appointments outside of the UK have proved that.

If you are less than confident with your current set up, park your trepidation and see what’s out there. The comms industry and all its talent needs you now like never before.

And you need them too.

The full article was first published by The Drum and can be found here.