Select your location and language

The challenges that await Wendy Clark at Dentsu Aegis Network

Wendy Clark will become the first female boss of a global agency network on 1 September as she takes up the reins as global chief executive of Dentsu Aegis Network. 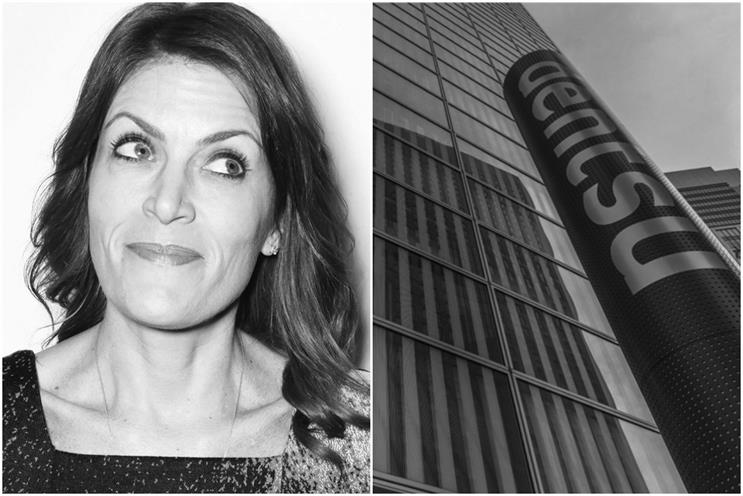 A lot is already known about the British-born American and her qualities as a charismatic agency leader and marketer.

She has worked on both sides of the divide, most recently as global chief executive of Omnicom’s DDB and previously at Coca-Cola, and Campaign carried out this interview with Clark in the spring after breaking the news of her appointment.

Fast forward to August, and Toshihiro Yamamoto, chief executive of parent company Dentsu, said on its Q2 earnings call that he has “high hopes” for Clark, who will take charge of more than 40,000 staff and clients such as Microsoft and Procter & Gamble.

“Wendy used to be the chief person responsible for marketing at a client company… she understands well what they will be expecting from us. She intuitively understands that and feels that. And I think that’s going to be a major contribution to the group.”

That would be a contrast with some of DAN’s previous leaders who have kept a low profile externally.

Nick Priday, the company’s chief financial officer, was also effusive about his incoming boss: ”Given Wendy’s experience and her personality, I think it’s really quite a pivotal hire. Wendy’s exceptional experience on the client side and strong understanding of the complexities of running a global advertising business will be hugely beneficial to us and help us really accelerate our focus on integrated growth solutions and really building out our capabilities to best serve our clients.”

Big words for a big job. But what tasks will be waiting for Clark in her virtual in-tray?

When she was appointed in April, executive chairman Tim Andree made it clear that DAN – the international arm of Japanese-owned Dentsu – is keen to beef up its creative offering and push for a more integrated or full-service approach.

DAN, which is best known for its media and digital agencies including Carat, Vizeum, Merkle and iProspect, is less renowned for creative excellence.

In May it merged all its non-Japanese creative businesses into one company – Dentsumcgarrybowen – something that would likely be considered unthinkable at a WPP or Omnicom, which still possess ad agency names that brand marketers admire and covet.

“Dentsu Aegis had made acquisitions but has never been a creative powerhouse,” remarks Ian Whittaker, the independent media industry analyst formerly of Liberum.

This makes Clark an interesting choice given her record at creative shop DDB, and one that Dentsu has tried before in the UK with the shortlived reign of Mother co-founder Stef Calcraft.

Stuart Pocock, co-founder of marketing business consultancy The Observatory International, believes Clark can leverage her background to improve Dentsu’s creative offering, as well as bring media and creative into much closer alignment.

“If Covid-19 has taught us anything it’s that brands need to be more agile and flexible, and this extends out to their partner agencies. The agency landscape has become incredibly (and overly) complex, so if Wendy can help DAN to deliver a more simplified creative, media and data offering, that is rooted in efficient operating processes and transparent cost models, then she will be on the right track to delivering the revenue growth she undoubtedly has as a given objective,” Pocock says.

But it’s not just a lack of creative heft that Dentsu needs to overcome, Whittaker warns. “One issue that Aegis has had on the media side is scale, which is not so much an issue for digital but has always been an issue historically for TV buys…. A big profit generator was the Posterscope business, which had a very high margin and outdoor is probably the last area of above-the-line media that has seen a real revolution in media-buying. But that is changing, too, with JCDecaux going more programmatic and going direct to clients.”

Can she do more with less?

The reality is that Clark will also need to work within the limits she is being set by the global recession brought about by the Covid-19 pandemic, as well as the constraints the Dentsu business finds itself in.

The company has outlined four priorities as part of an international review of its operations. These are, as stated to assistant chief financial officer Yushin Soga in Dentsu’s recent earnings call: “Simplifying the business for both clients and operations, structurally lowering operating expenses, enhancing the efficiency of our balance sheet and maximising long-term shareholder value.”

Whittaker questions whether it will be possible for Clark’s inspirational qualities and force of personality to shine through in a climate where Dentsu is looking to cut costs and simplify its business.

“If you’re trying to get someone to come in and bring personality, trying to do it with these strategic priorities is going to be very difficult… If she’s trying to build up Dentsu’s reputation in the market at a time when the head office is saying ‘you’ve got to improve your margins and you’ve got to cut costs’, typically that’s very difficult to do.”

In the midst of the pandemic, DAN has been one of the weaker global marketing services groups in the April-June quarter, when all holding groups suffered slumps.

One bright spot amid the gloom for DAN has been Merkle (the digital CRM company acquired in 2016 for $1.6bn), which Whittaker regards as “a very good asset that delivered positive organic growth in the first half of the year”.

Merkle, which specialises in delivering “unique, personalised customer experiences across platforms and devices”, has worked hard to promote its M1 product across DAN agencies as well as clients, such as Sky in the UK.

Much of Clark’s success in the coming months will hinge on giving clients the confidence to invest in marketing again, despite a global recession, Pocock warns.

He agrees that DAN has developed a “strong offering in data and technology [that] will be vital in helping clients to make smart, informed decisions.”

But Tom Denford, the co-founder and North America chief executive of marketing services consultant ID Comms, believes that DAN went too far in encouraging agencies to “follow the ‘data for breakfast, lunch and dinner’ story”. This, Denford concludes, has eroded the personalities at agencies like Carat and iProspect.

“Wendy has an opportunity to bring a creative and strategic narrative back to the group. Her brief must also be to rethink and simplify the role of the agency,” Denford says.

“To do that she’ll need to make Dentsu Aegis easier to navigate. Her first job should be to rebrand the media assets as ‘Dentsu Media’ globally, bringing the global network closer to the home turf brand. Next, she should rationalise the many sub-brand agencies into a manageable and understandable roster and tidy up the layers of complexity in data, tech and tools.”

Looming over these operational decisions is the cultural tension which appears to persist between Dentsu in Japan and DAN internationally.

Agency insiders have often privately referred to a perceived “Japan-centrism” not only in Europe and North America, but recently in Asia outside of Japan, too.

The key markets of China and Australia have been faring particularly badly after the company purged much of its APAC leadership last year.

The jury is still out on whether the Japanese leaders Dentsu parachuted in as replacements are able to replicate the company’s success in its home country.

“One thing you’ve always got within this group is tension between the Japanese head office and the international arm, which is anywhere between 55%-60% of revenue and powers the digital side of things, but yet Japan still makes the decisions,” Whittaker said.

The last point about Dentsu very much being controlled by its Japanese leadership begs the questions of how much autonomy Clark will have in the role.

Her predecessor Jerry Buhlmann was a big UK adland character who was already in charge of Aegis before its acquisition by Dentsu, so was seen as someone willing to fight the corner of the international arm.

One key factor will be how this dynamic American woman is able to fare culturally within a corporation that is described by people within the business as “conservative Japanese”.

As well as the cultural differences, Dentsu enjoys a privileged and uniquely powerful position as the biggest advertising company by far in Japan – dominance that it does not enjoy internationally.

Its role as distributor of TV advertising slots in Japan means it has leverage over broadcasters and advertisers and effectively enables Dentsu to negotiate with itself over pricing of media inventory.

Nevertheless, Pocock reckons the timing may actually be ideal now for Clark to disrupt the operation for the better: “The upheaval caused by the onset of Covid-19 has meant that every company is undergoing a process of internal reflection and change, as they seek to re-establish efficient operations and meet the new demands of their customer base. As Wendy takes the helm at DAN she can feel empowered to make the necessary transformations within the network.”

With the coronavirus summer drawing to a close and the pandemic lingering on into the winter, Clark is certainly joining at a pivotal time for the business. She needs to prove she is the “pivotal hire” that DAN is hoping for.

Back to Archive
Scroll
We use cookies to ensure that we give you the best experience on our website. If you continue to use this site we will assume that you are happy with it. For more information follow the Read More link.OkRead more